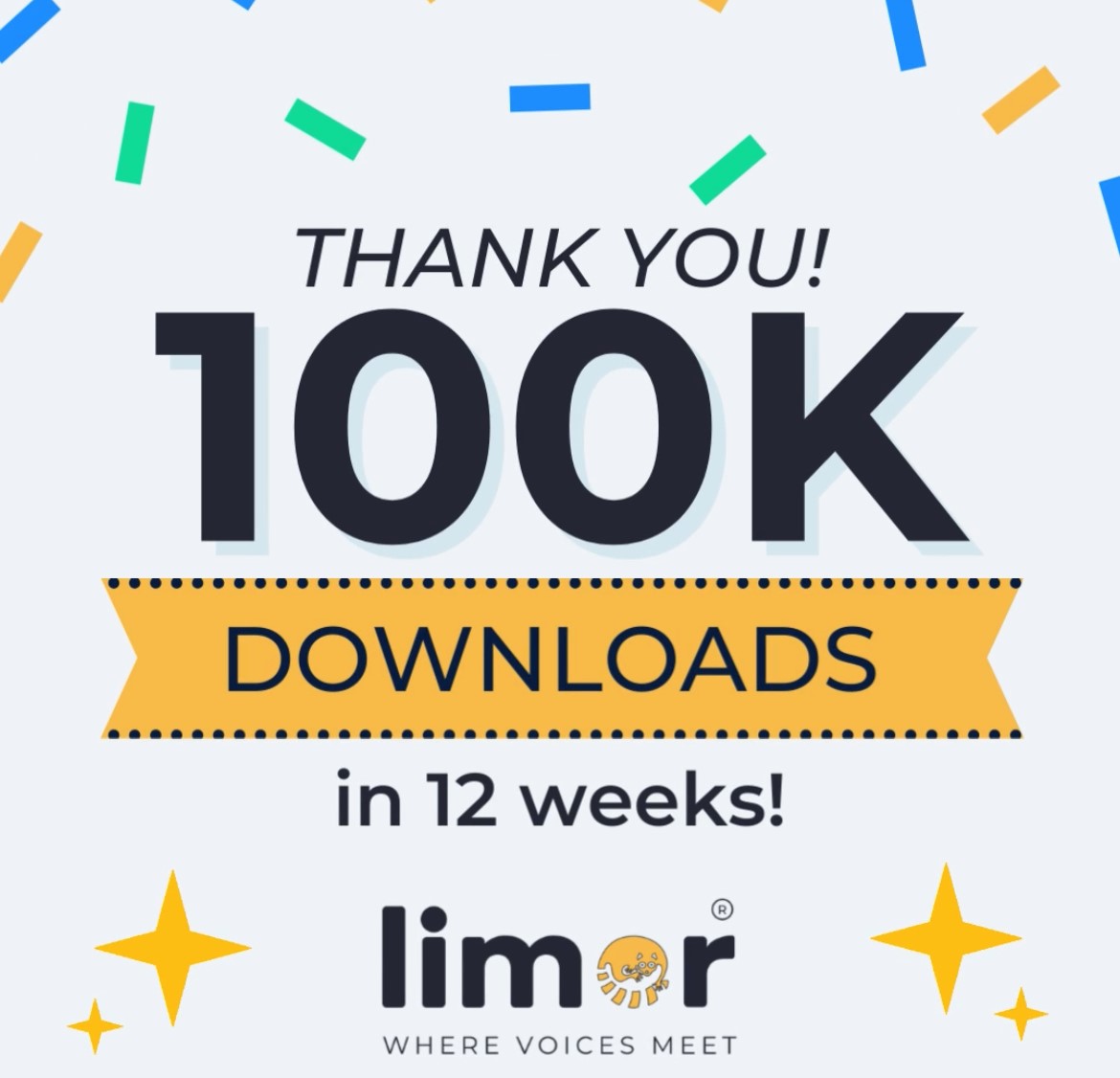 January 2022 has been an exciting and historic month for us here at Limor, the reason being that this is the month that the new Limor platform hit the major milestone of 100,000 app downloads. What makes this achievement all the more impressive is the fact that it was achieved in just 12 weeks.

To quote the insightful Zig Ziglar “Success occurs when opportunity meets preparation” and that has certainly been the case with Limor. The journey to 100,000 downloads in 12 weeks has taken 8 years of preparation, tens of thousands of hours of planning, market research, financial raising, product development, successes , failures and boatloads of hard work to achieve;

Company founder and CEO Shane Monahan has been leading this preparation since 2014 working towards the all important opportunity which has now presented itself with the massive explosion of the podcast industry, digital audio, social audio, and the voice & content creator economies. He remained resolute and confident in his belief of the Limor product and also that his prediction of the mass adoption of podcasts , social audio and the voice market would come to pass. Thankfully we can now say that that prediction is coming to fruition.

2021 was a turning point. It was a pivotal year as January 2021 saw further mass scale adoption of podcasting, the mainstream adoption of and recognition of social audio as a market (social audio industry valued at $15 billion – VoiceBot.AI) Limor also agreed a new tech partnership which saw development begin on the new Limor platform.

2021 was a very intensive period of time. The Limor beta app was rebuilt from scratch, months of recruitment, resourcing, product design, documentation and tech development was undertaken. Alongside this progress on the product front an extremely important financial raise was completed thanks to investments from some excellent high net worth investors who had a strong appreciation for the Limor and voice market opportunity.

This busy period had some difficulties of its own but nothing that could stop the momentum that was being created and post-live testing of the app began in September. The new product update was then released at the end of October 2021. For the first time since the beginning of his Limor journey in 2014 Shane now had the quality of product, tech team and the growing market need for the Limor offering to start investing financial spend into promotion of the platform.

This initial period was a time to further test the product , get user feedback and test PR and marketing strategy. As mentioned already the success and app growth during this test period has been phenomenal.

Some of the major PR wins for Limor have been as follows, in October Shane had the opportunity to meet with and present Limor to Irish government minister for business employment & retail Damien English and also later that month Irish Minister for Enterprise Trade & Employment and former Irish Taoiseach now currently an Tánaiste Leo Varadker.

Both ministers and all in attendance at the event were intrigued by the new platform and the potential of social audio.
Minister Varadker even got to experience social audio first hand by taking part in a cast with Shane; recorded, edited and shared via the Limor platform!

Limor also began to be recognised by the startup community as Beststartup.eu added Limor to the list 101 top Social Media Startups and Companies in Ireland! Limor was in the company of many rising and prominent start-ups within the country as the platform was recognized as one to keep an eye on. Beststartups.eu considered Limor to be “the future of social audio” as it was very impressed with the potential of the platform! 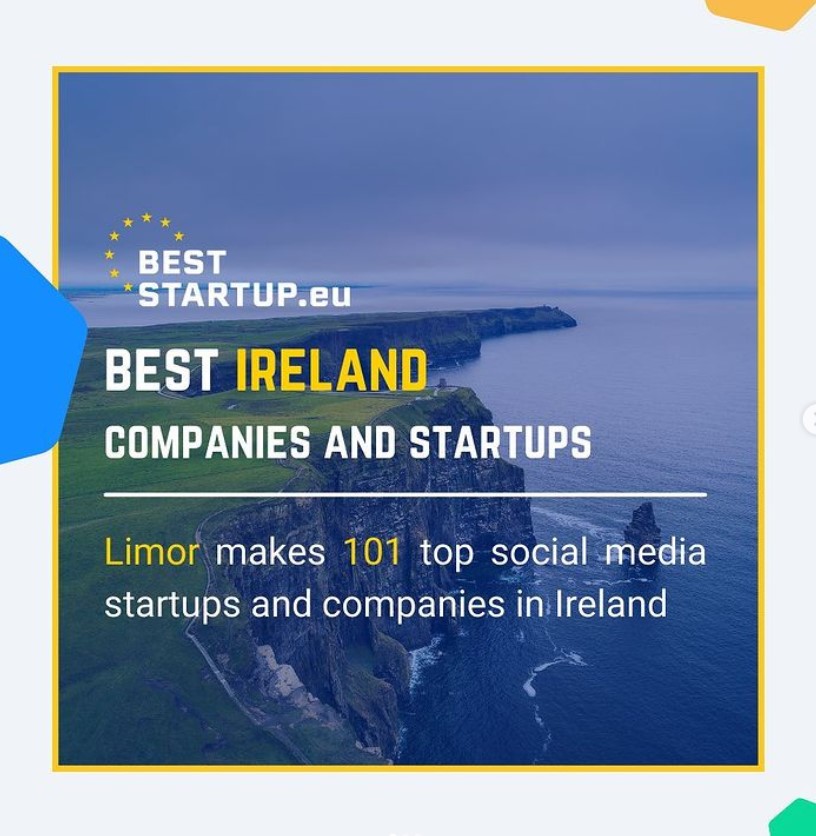 The great opportunities for Limor didn’t end there, as Shane Monahan was given the opportunity to speak on RTÉ Radio 1 morning Ireland, prime time radio which was hosted at the Mill Enterprise Hub Drogheda. The Morning Ireland show is the most listened to radio programme in the country. During his segment with host Brian Finn, Shane was able to discuss business in Drogheda and of course, Limor to a national audience! Listen to the soundbite on Limor here. 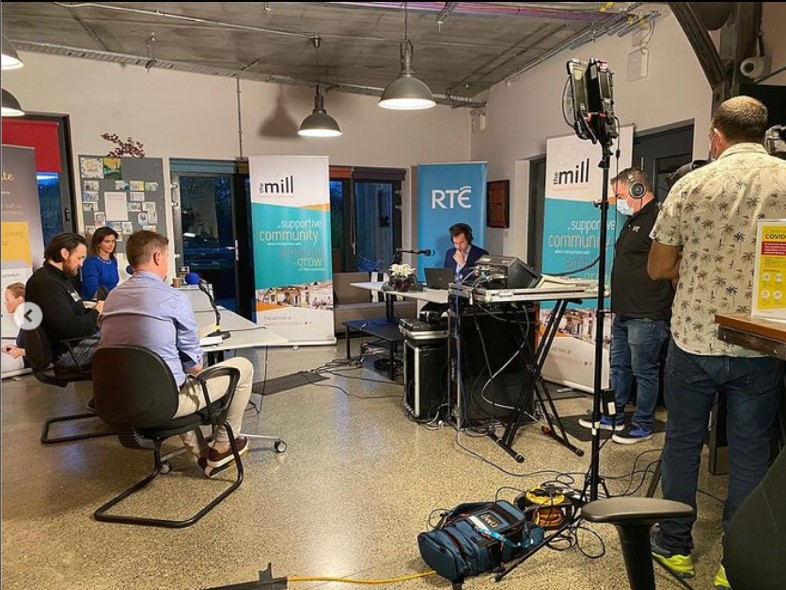 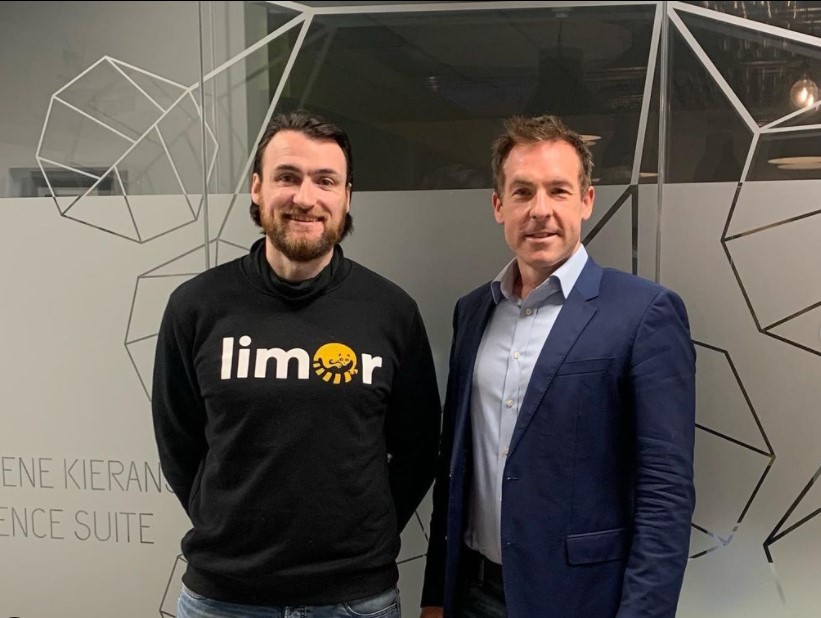 November saw the release of Direct Messaging on the Limor platform. This allowed for more private interactions between Limor users. Limor may have been created in Ireland, but it is a global brand and community! Our user base sees people from all over the globe over 170 countries who share their voice with one another. 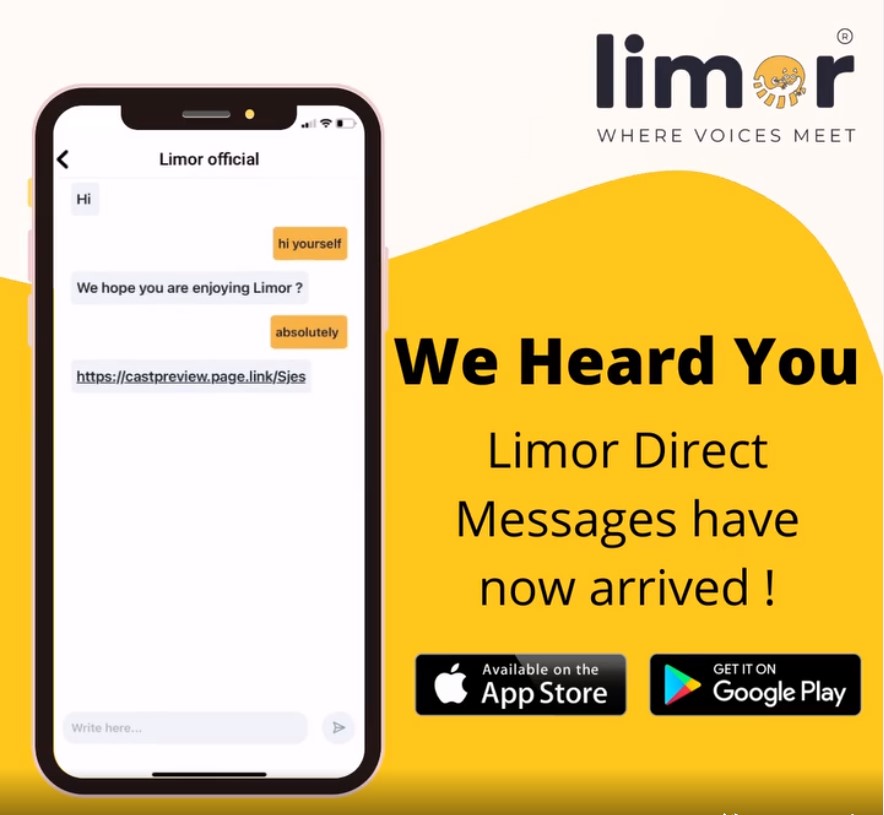 Direct messaging, another exciting addition to the Limor platform

December saw Shane return to the city of London to further promote the new platform and network in preparation for the launch of Limor Patron in January of 2022. One of the highlights of this trip was meeting Limor member Zuby in person for the first time to discuss his career and future Limor social audio plans.

Zuby is a rapper, rising public figure and influential voice, whose unique perspective, authenticity and positive energy have earned him over one million followers on social media and 10 million+ online video views. As a musician, author, podcaster, public speaker, fitness expert and life coach; Zuby doesn’t shy away from expressing himself, with a refreshing and compelling level of honesty. He has also guested on the Joe Rogan experience twice and is growing in popularity each day. You can follow and listen to Zuby on Limor. 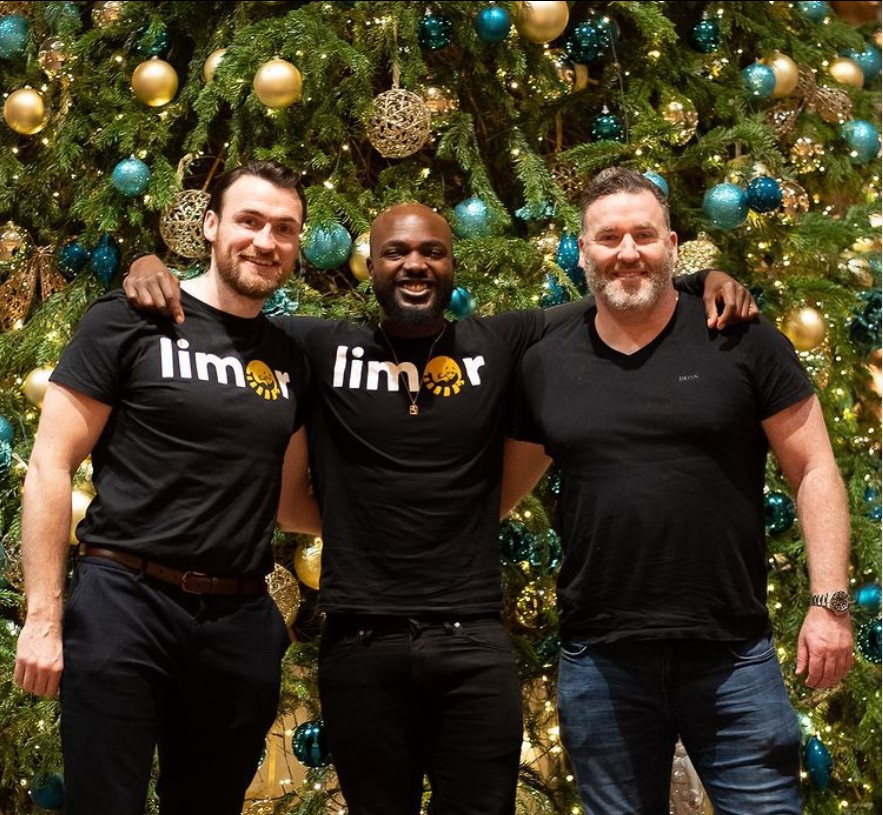 There was a seismic growth of the Limor community during the month of December, with the app seeing a vast increase in downloads reaching 50,000 downloads.

As the year came to an end and everyone began to look forward to 2022, Limor continues to make significant strides in the social audio industry. December saw Limor launch our football social audio championship in collaboration with a selection of amazing football content creators. The competition was a major success for the Limor brand, as the participants made and shared fantastic content on the Limor platform, and received lots of great engagement and growth as a result! 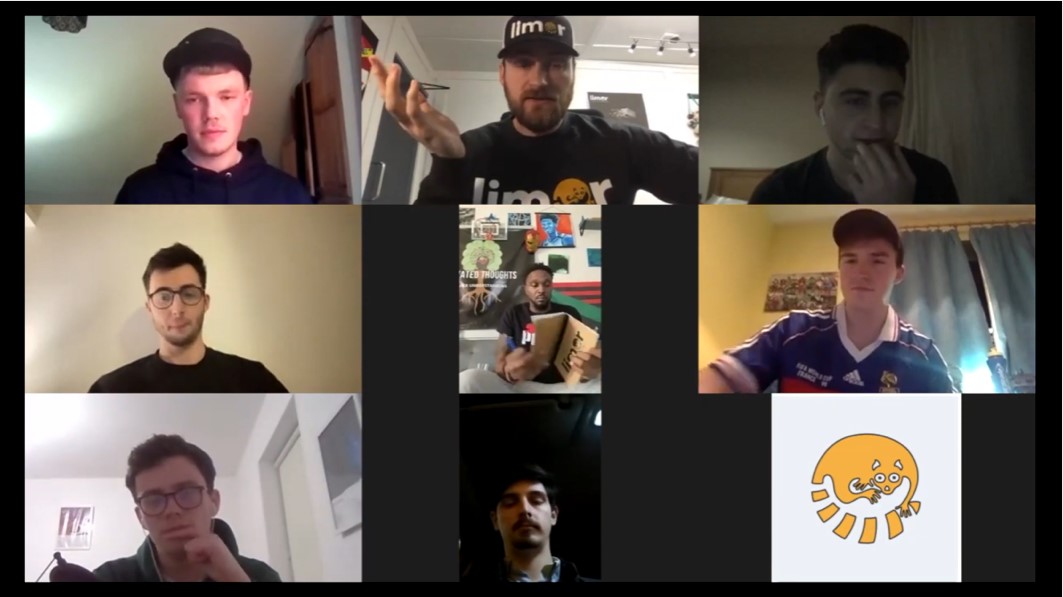 December also saw the Limor tech team begin testing the first version of Limor Patron. This was a big undertaking and the result of months of hard work and development. The Limor Patron program is another huge milestone for Limor. As we get ready for it’s hard launch; we here at Limor know that the Patron offering will change the face of the social audio industry.

Limor provides users with the instant ability to record, edit, share and interact with their voice and podcast, now with Limor Patron they can now also instantly monetise their voice and audio content. Through Limor Patron, we can start giving back to our community and its creators through providing monetization and analytical features to boost their content to the next level! 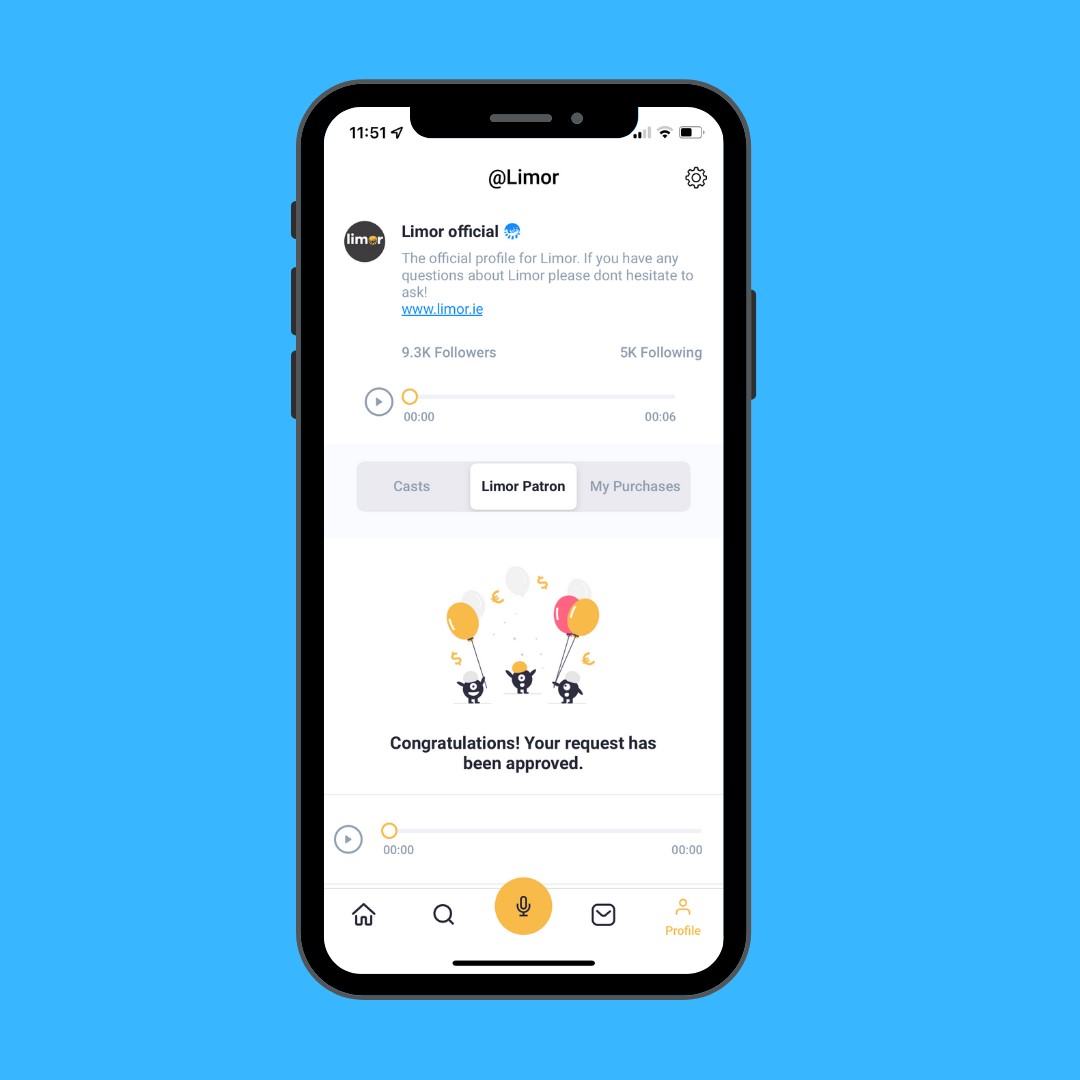 Limor Patron is now available exclusive to invitation holders only

These are exciting times for our brand, so make sure to keep your eyes (and ears) peeled for Limor Patron and request your exclusive invitation on Limor today.

We are now just a few weeks into the new year and the Limor platform has officially broken the milestone of 100,000 downloads! This was a momentous occasion for all involved in the Limor journey, and in particular for Shane who has spent so much time, and effort on this project and the ultimate Limor vision. We cannot wait to see the continued growth of our platform in 2022 on our journey towards 1 million downloads.

Finally we invite you to join us on Limor, start sharing your voice with the world today on our social audio platform where voices meet!

We noticed you're visiting from United Kingdom (UK). We've updated our prices to Pound sterling for your shopping convenience. Use Euro instead. Dismiss